The Publicity Department at Simon & Schuster has forwarded your letter of March, 2016 to me. Thank you so much for writing. I was delighted to hear from you! I am also happy to answer your insightful questions. 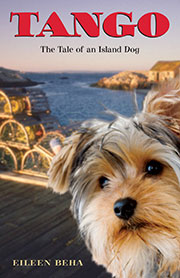 Regarding your first question, at the story’s end, Tango did not actually find his mother or see her in person. In the Epilogue, the story’s narrator tells the reader that Marcellina and Diego had two Yorkshire Terriers in their bridal party: Sadie and Pierre. A week later, McKenna spies a wedding photo of Marcellina, Diego, Sadie, and Pierre in a celebrity magazine, which Tango later takes a nap on. So, in this sense, Tango “sees” his mother, Sadie, again. In any case, the reader knows that somehow, some way, Diego and Marcellina searched for, and found Sadie at Cold Creek Kennel and adopted her and her new son, Pierre.

The reader never finds out whether Tango ever saw his three sisters—Theresa, Esperanza, and Dulcinea—again. I like to imagine that the people who bought Tango’s sisters at Paws ‘n’ Claws Pet Boutique gave each of them a good home where they lived “happily ever after.”

I do believe that Tango is content at the story’s end. Tango feels he has made the right decision to stay on Prince Edward Island, where he’s discovered his true identity, and to remain with Augusta and McKenna, who need and love the little dog very much. I am also very happy that McKenna now has a pet of her own.

I smiled at how you explained that the character you would trade places with is Tango, so you would get to go on crazy adventures. Maybe someday you will travel to Prince Edward Island. I think that you would like the island very much! 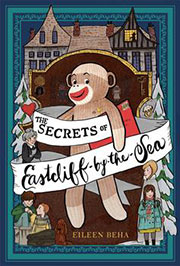 Because you expressed an interest in reading another one of my books, I am including with this letter a signed copy of The Secrets of Eastcliff-by-the-Sea. I hope that you like the story of nine year-old Annaliese Easterling and Throckmorton, her simply remarkable sock monkey.

Thank you again for writing, Jolie. I hope that you will always love to read as much as you do now.