When you need to describe a setting so thoroughly that your readers feel as though they’re walking inside that space, it’s helpful to have a “model.” The family gathering in the ballroom at Eastcliff-by-the-Sea is pivotal for the book, so I wanted to get everything just right. 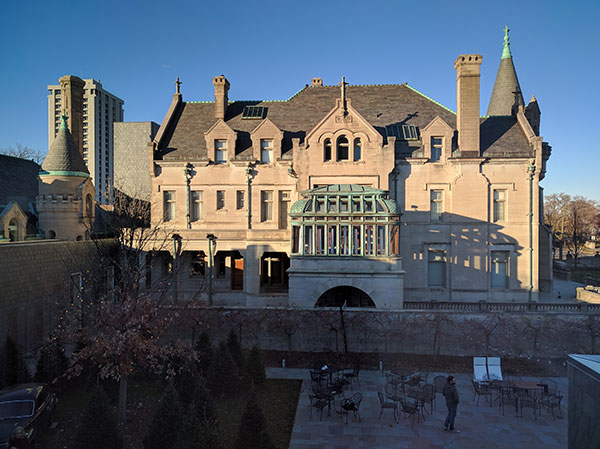 I used my impressions of the ballroom at the American Swedish Institute in Minneapolis, Minnesota, to create the description for the grand birthday party held in Eastcliff’s ballroom.

Ralph and I have been members of the American Swedish Institute for many years. I have Swedish ancestry so I’ve enjoyed exploring the period rooms, furniture, and the changing art exhibits. (They serve inspiring food in their restaurant, too!)

Also known as the Turnblad Mansion or “Castle,” it was built by Swan Turnblad, who published Svenska Amerikanska Posten, the Swedish language newspaper with the highest circulation in the United States. The Turnblad family donated their French chateau-style mansion to the American Institute for Swedish Art, Literature, and Science. They built their home on six city lots!

When you’re in the Twin Cities, plan a half-day trip to the American Swedish Institute. It’s a visit you’ll always remember.